When fast fashion industry’s manufacturing practices are likened to trafficking and modern slavery, it feels like it’s time for a change, don’t you think?

Tearfund, a development organisation, is trying to do just that. Its second annual Ethical Fashion Guide (in collaboration with Baptist World Australia) – hot off the press – rates fashion brands that retail in New Zealand/Australia according to transparency and labour rights. In other words, do these brands know that during the making of their garments, workers got a living wage, children weren’t employed, no one was forced into labour, plus a few other criteria.

What I really like about this report, is that it holds brands to account, and reveals to us, the consumer, which labels are the most and least ethical. It’s not just about the grade – Tearfund works with brands to help them trace and improve their supply chain to make real change.

I took the opportunity to talk to Tearfund Ethical Fashion Report Project Manager Claire Hart about the organisation’s work in combating exploitation in fashion, and how the New Zealand fashion industry is faring in this space.

This is what she had to say….

“When fashion brands hide where their clothes are made, consumers lack the necessary information to know who made the piece of clothing they are buying and in what conditions.

As Claire says, customers want to know now, more than ever, about the origin and production of the products they purchase, clothing included.

“I know I do on a personal level,” she says.

One brand that has fully traced and published its supplier list is Kiwi company Common Good/Liminal Apparel.

Claire applauds them, but says this is not the norm. “Kiwi labels, especially, are not very good at being transparent in this way.

“The good news is that a number of New Zealand brands have made progress tracing deeper into their supply chains and are checking what’s happening at the facilities they locate.  Brands are then able to resolve issues which leads to improved conditions for workers.” 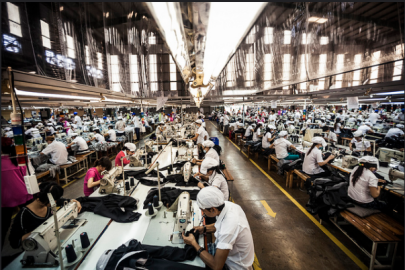 “We usually find that brands that are proud of their ethical credentials are keen to participate,” she says.

“Others that know they can do better, seek our support and guidance to become socially and ethically more responsible.

“The more we push for transparency through our work and the publication of the guide, the more businesses acknowledge they have a responsibility, and the more they feel pressure to change.

“At the end of the day, we want to see fashion be a change for good, and provide a stable, safe and fair income for millions of people,” says Claire.

“What’s amazing about this project is that by changing the model, the industry as a whole, we can make a difference to thousands of workers at a time.”

Reports like The Ethical Fashion report, and off the back of that, our NZ-specific Tearfund Ethical Fashion Guide Aotearoa, and the work Claire and her team do, not only amplify consumer pressure, but they play an important role in changing the way fashion businesses take responsibility for how our clothes are made.

Check out the stats to see where and how businesses are getting better. 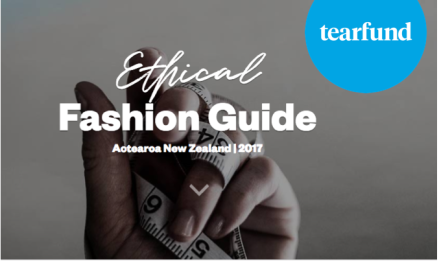 Developed in conjunction with Baptist Aid Australia, 114 companies representing 407 brands that trade in the Australasian region have been considered.

The report grades labels from A to F, best to worst, looking at worker empowerment – ie does a company pay a living wage; supplier auditing – ie conducting worker interviews; knowing suppliers – do they truly know all the companies contracted and sub-contracted to produce their garments; and what policies they have in place that govern human rights. Company’s labour ethics are assessed at three critical stages of the supply chain – raw materials, inputs production and final stage production.

I should also note that there are many amazing sustainable brands that can trace from crop to customer – like our very own ReCreate, but the report targets mainly ‘shopping mall’ , well-known brands.

Five years on from Rana 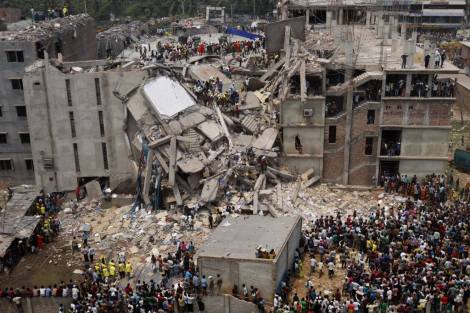 The 2018 report comes five years after The Rana Plaza tragedy,  when a Bangladeshi garment making factory collapsed, killing more than 1100 workers as they were making clothes for well-known Western fashion brands. These garment factory workers endured 12 to 14 hour days without breaks in unsafe buildings. Shocking as the images were – including the one featured in this blog – as they were broadcast to the world, these sorts of conditions persist.

I was very excited to hear that the report will look at the environmental impact of fashion.

Says Claire: “We acknowledge that the fashion industry has a huge environmental impact.  We will be asking brands to report on the use of sustainable fibres, water, waste waste and chemical use and management, greenhouse gas emissions and end of life for garments.”

I, for one, am excited about that.

2 thoughts on “Who’s been bad or good? The 2018 ethical fashion report has just been released!” 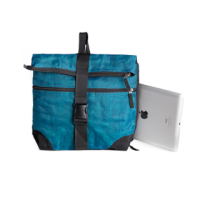 Find out how to slow your fashion down in 2019